Coming to the Philippines from a foreign country like Nepal which is popularly known for Mt. Everest was a difficult decision for me to take because I was stepping outside my comfort zone. Living with a joint family where everyone is dependent on each other and leaving their side as well and taking a big step for the independent life was also a mind bobbling decision to be made. However, despite all the hurdles, I decided to take this step and start a new chapter in my life. I chose, the Philippines for the country to study, my dreamland, and LPU to begin my new chapter.

Traveling to a foreign land this far from home was arduous but not impossible. I had done my research on the University and was sure this is the one for me. Despite the discouragement from my family and friends for me to go abroad, I had my strong foot on the ground to reach my dream. When I landed, I had a representative from the university who fetched me at the airport. I think for others, it might not matter as much but for me, it was someone to lean on. I was glad I had someone who knew better than me and more importantly I would not have to do things on my own and get lost.

The person who came to pick me up was a friendly chap who made sure that I was not getting culture shock or emotionally detached. He showed me the local area while on the way from the airport to the University. This is also a crucial experience that only a foreign student would be able to understand.

There were several local and foreign students when I came and I was the only student from Nepal. I did not know what to do, because I felt out of place. I had a feeling that I would either get along with these groups or I would be left out.  However, LPU took every initiative possible to make sure we students respect and understand each other’s culture and get along well. There were several social activities and communities I could join. Unlike Nepal, where the traditional norms of studying are hardcore books only,  LPU provided a modern approach of teaching with online study copies which supported the mental and physical well-being of the students. I joined some communities and was highly proactive in the university.

Talking about my field of study, it was Bachelor of Science in Marine Engineering. This program is not widely provided in my home country and I think I am the only one who chose to take this. This was indeed a big leap for me. LPU provided a wide range of subjects that I could choose from and I took the initiative to consult with the lecturers and to know what was best for me. They were skilled and professional people but at the same time, they were like family. They provided me with the best options and guided me throughout my stay.

The lecturers were also top-notch people who had experience in the maritime industry both professionally and academically. This is something that cannot be attained somewhere else. They were available when I needed them and guided me in every step of my degree. Moreso, with the aid of technology, the tools, and techniques used for teaching were modern and advanced of which I was able to experience first-hand.

Currently, I am admitted at Hohai University for my Master’s degree in Harbor, Coastal, and Offshore Engineering and I am a Chinese government scholar.

I am proud to say that I am a product of LPU Batangas. This University not only gave a degree but a new me. I would not have known myself better if I had not chosen this University. It was an experience of a lifetime. #ButiNaLangNagLyceumAko 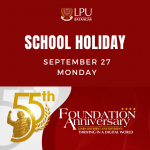 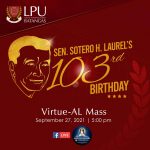 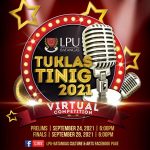 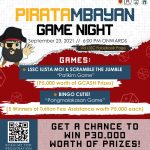 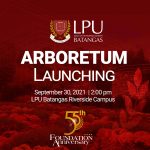 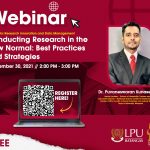 Conducting Research in the New Normal: Best Practices and Strategies 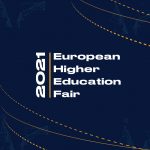 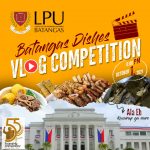 I still would advise the youth to apply for Criminal Justice at LPU and get the best knowledge to grow in all aspects of life.
END_OF_DOCUMENT_TOKEN_TO_BE_REPLACED

LPU took every initiative possible to make sure we students respect and understand each other’s culture and get along well.
END_OF_DOCUMENT_TOKEN_TO_BE_REPLACED

We, seafarers, are perfectionists when it comes to our job simply because the room for failure does not exist in our vocabulary.

This website uses cookies to improve your experience while you navigate through the website. Out of these, the cookies that are categorized as necessary are stored on your browser as they are essential for the working of basic functionalities of the website. We also use third-party cookies that help us analyze and understand how you use this website. These cookies will be stored in your browser only with your consent. You also have the option to opt-out of these cookies. But opting out of some of these cookies may affect your browsing experience.
Necessary Always Enabled
Necessary cookies are absolutely essential for the website to function properly. These cookies ensure basic functionalities and security features of the website, anonymously.
Functional
Functional cookies help to perform certain functionalities like sharing the content of the website on social media platforms, collect feedbacks, and other third-party features.
Performance
Performance cookies are used to understand and analyze the key performance indexes of the website which helps in delivering a better user experience for the visitors.
Analytics
Analytical cookies are used to understand how visitors interact with the website. These cookies help provide information on metrics the number of visitors, bounce rate, traffic source, etc.
Advertisement
Advertisement cookies are used to provide visitors with relevant ads and marketing campaigns. These cookies track visitors across websites and collect information to provide customized ads.
Others
Other uncategorized cookies are those that are being analyzed and have not been classified into a category as yet.
SAVE & ACCEPT